Sacraments are “an outward visible sign of an inner spiritual grace.” For Hindus the Saṁskāras are a living, vibrant religious experience; moulding a person to become an ideal member of society by creating spiritual impressions in one’s mind and consciousness. The word Saṁskāra, derived from the Sanskrit root meaning “to refine” is used to represent education, refining, embellishment, purification plus much more. By means of the Saṁskāras, the consciousness is awakened and tuned towards the actual goal of life which is spiritual wisdom leading towards liberation from the cycle of birth and death. 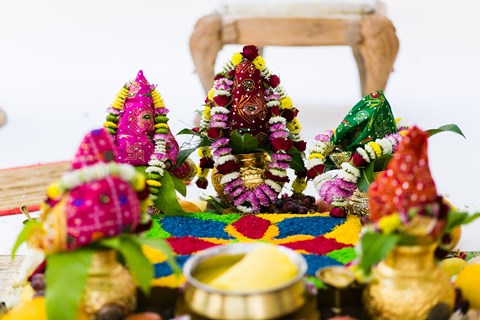 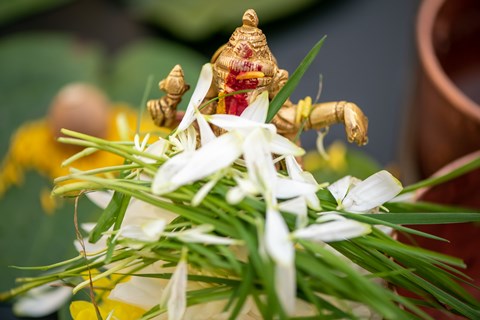 The purpose of all ceremonies during, and after death are to assist and ease the deceased in their continued journey either towards emancipation or to a better re-birth so that continuous evolution may take place.

Reincarnation is the basis of Hinduism and death is not seen as an end but merely another stage.

It is ideal for the person dying to be laid on a grass-mat or bed of eastward pointing darbha grass with the feet to the South. After Bhagavad arādhana and the giving of tīrtham, the chanting of the lord’s name should begin or the reciting of the Viṣṇu sahasranamam until demise. 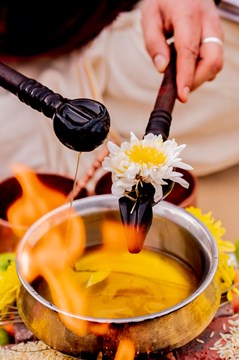 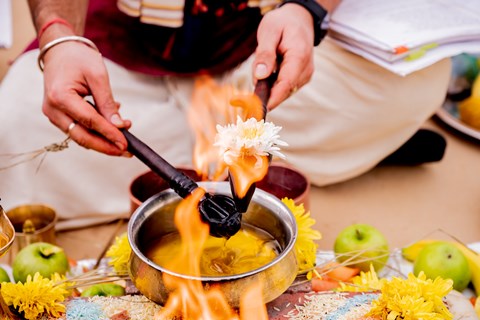 After death the first thing that must be done is to wash and shave the corpse.Washing is usually done at the washing parlour, however family do have the option to do it. The final rites are either performed at the funeral palour, the home or the crematorium and the application of the rituals will differ accordingly. If performed at home, then the coffin is brought in head-first and laid with the feet to the South and is removed from the house feet first. Where the coffin is to be placed, till or mustard seeds are to be scattered.

This is done on the 3rd, 7th, or 9th day after the cremation where you return to the crematorium in order to collect the box of ashes.

Unnatural deaths such as drowning, accident, murder, suicide, or a death from a disease involving a lot of suffering, for example cancer or AIDS, Nārāyaṇa Bali, a special rite is performed. The Rite of Narayana Bali releases the victim from their continued and locked suffering.

Ritual impurity (Aśaucaṃ) is the predisposition for the performance of an individual’s religious duties (dharma). Aśaucaṃ refers to a state of ritual unsuitability or ineligibility, where three main occasions can bring about this state; death, birth and menstruation.